HAPPYNESS IS MADE OF LITTLE THINGS.

IN AN EXCLUSIVE WOODEN BOX.

TZUGA or CUGA is a TRUE DOMESTIC brandy "baked" traditionally in the RAJIN distillery in THE New Village of Banat. What especially characterizes our CUGU is the natural smell and aroma that come exclusively from overripe domestic fruit. TZUGA is 100% NATURAL homemade brandy from 100% homemade fruit and NOTHING ELSE!

WE ARE GUARANTEED NOT TO ADD SUGAR, APPLES, ETHYL ALCOHOL, FLAVORS, OR ANYTHING ELSE. 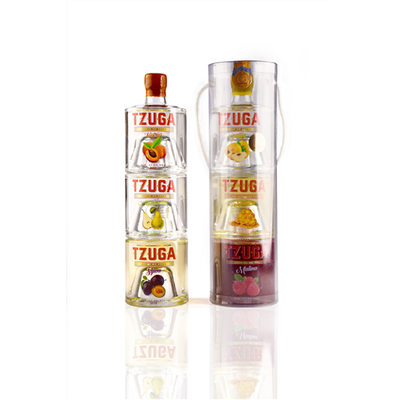 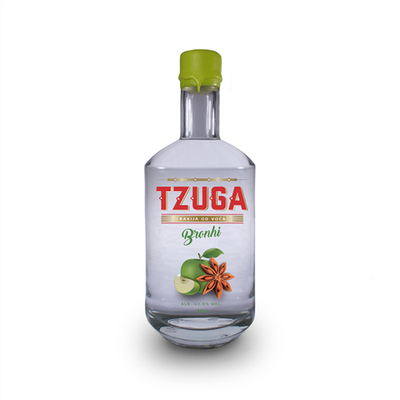 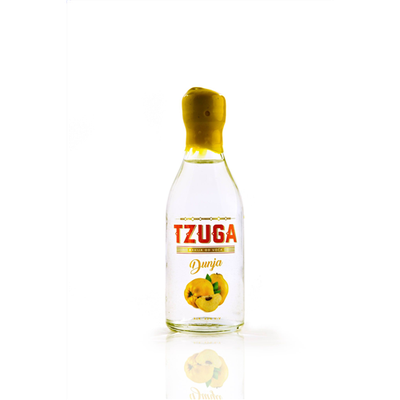 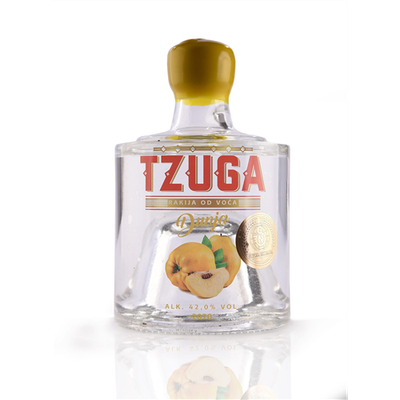 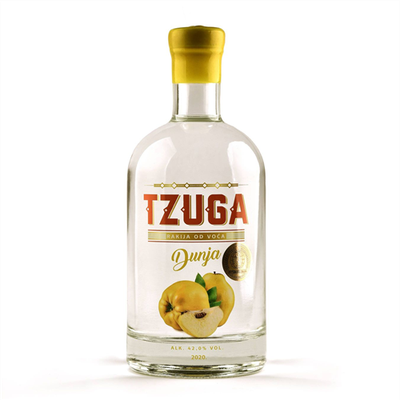 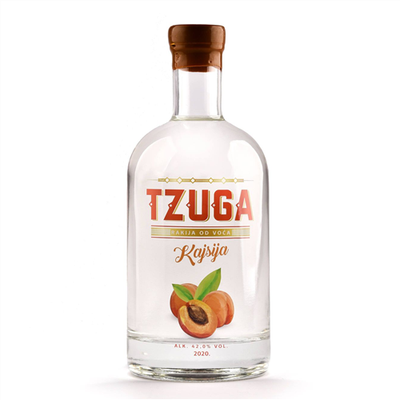 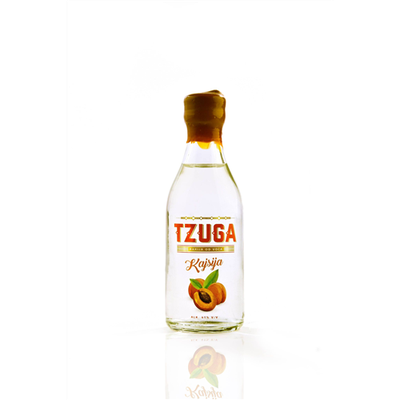 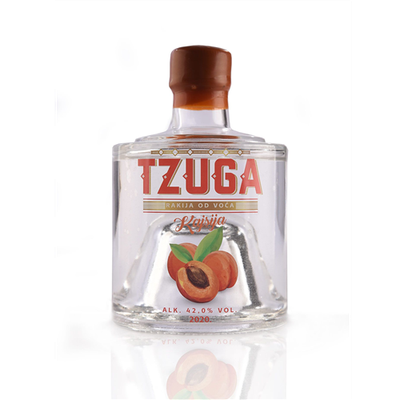 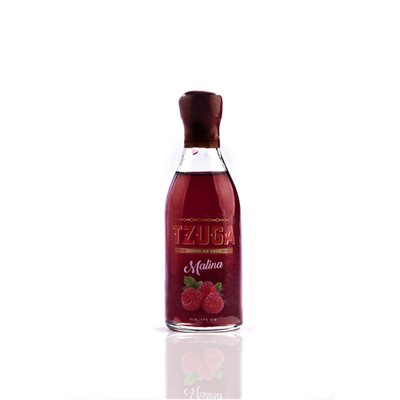 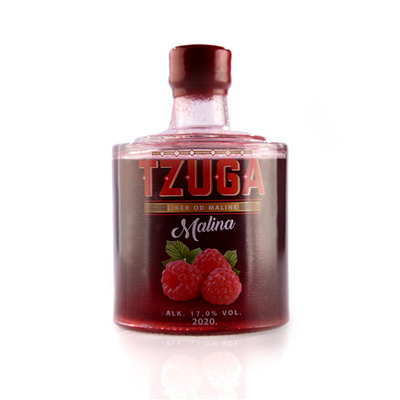 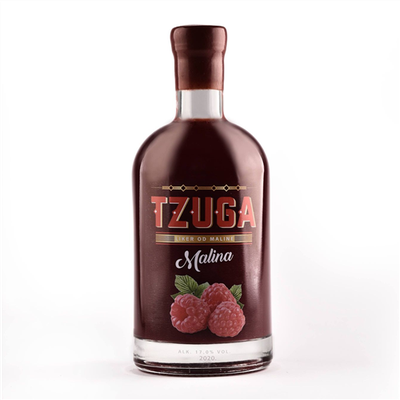 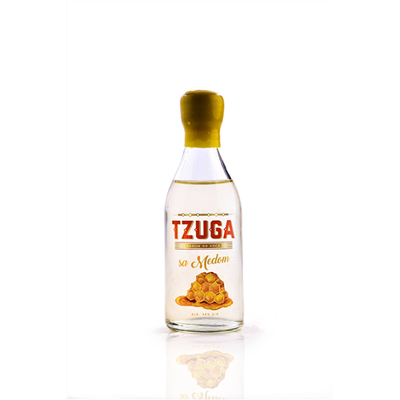 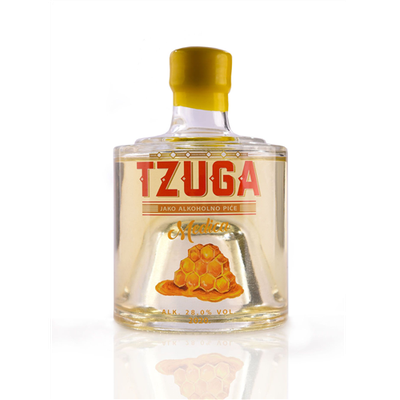 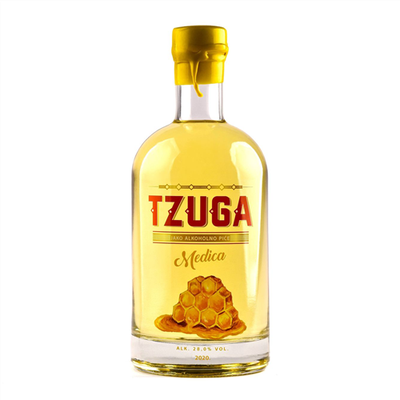 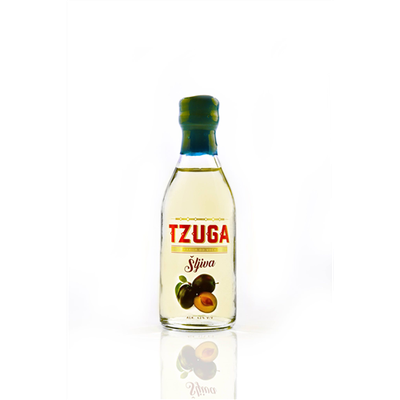 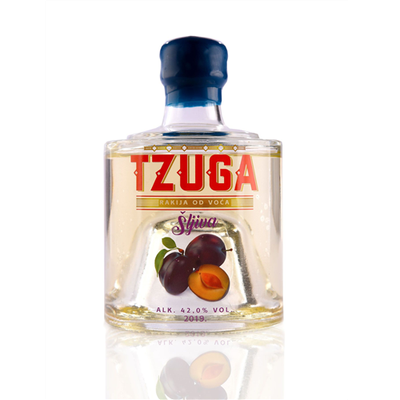 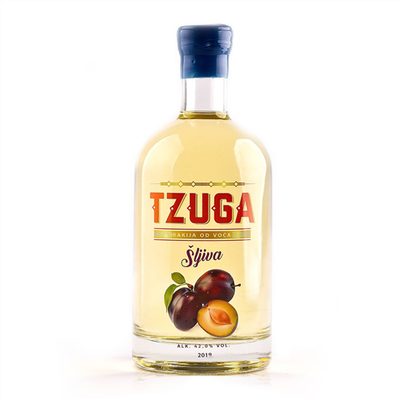 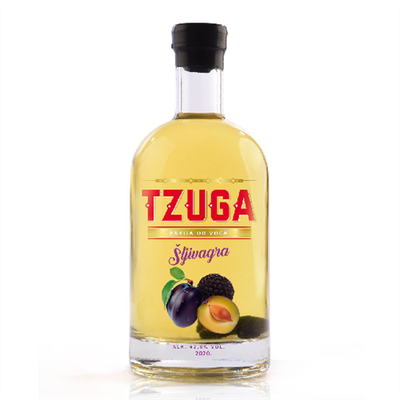 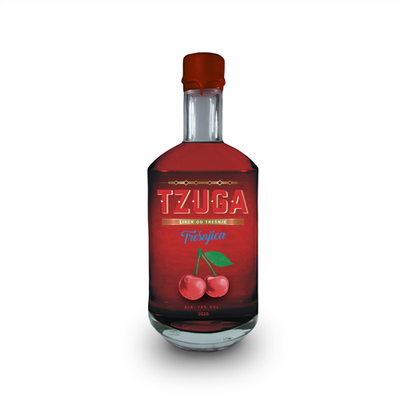 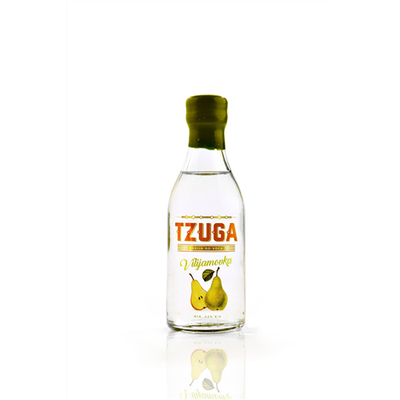 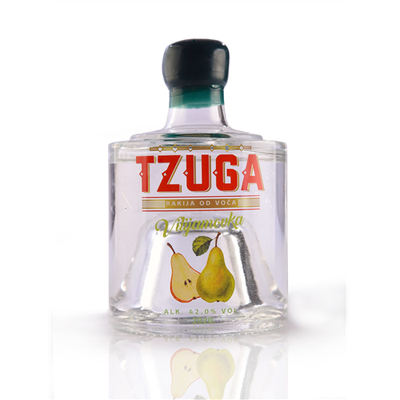 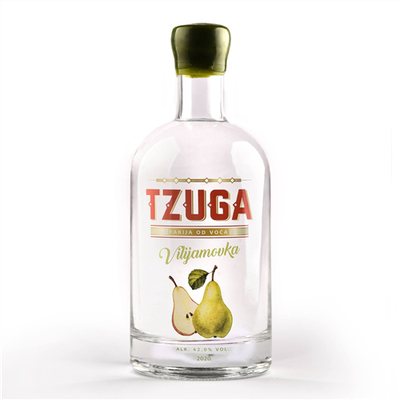 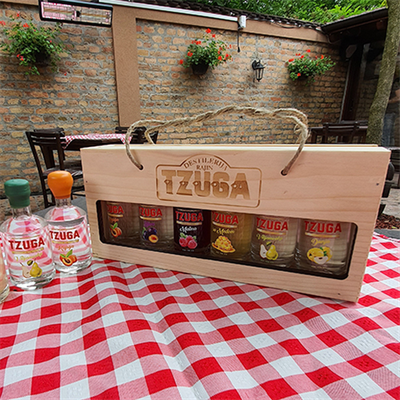 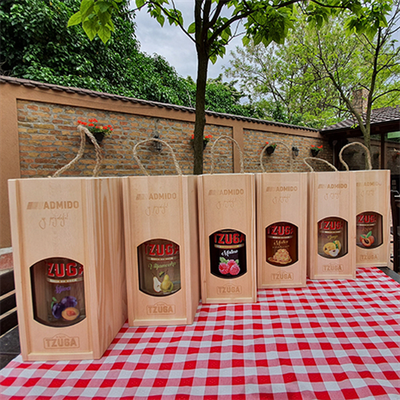 We have tried to briefly explain the biggest differences between industrial and real domestic brandy.

You probably know the difference between industrial and craft or craft beer. First, it is characterized by lower quality, "dilution" or reduction of the percentage of alcohol, fewer hops, while craft beers are made in smaller batches, from raw materials of top origin, and most importantly - they are made with love!

The brandy is the same.

Industrial brandy is made on production equipment that brings a slightly higher "purity" of the obtained alcohol, but an important part of the aroma of domestic brandy that is baked in traditional cauldrons is lost.

Another important thing is raw materials. In the production of industrial brandy, producers often (let alone always) add refined ethyl alcohol to get a larger amount of the final product. This means that instead of getting, for example, 1 liter of William (we didn't mention it by chance) from 10 kg of pears, they get up to 100 times more! Now, since the fruit has a limited amount of aromatic components, this addition of ethyl alcohol means that these aromatic components are diluted, so the resulting "brandy" is more similar to acetone than brandy. Then the industrial producers add artificial or natural aromas and the brandy smells "phenomenal", but of course this is not the real natural fruit scent from which the brandy originates.

On the other hand, homemade brandy is made with love, tense. One cannot imagine "roasting" brandy without socializing, drinking, grilling or cauldrons. Another thing, when the hosts make brandy "for themselves", they try to make it look as good as possible, in order to be proud of it when they bring it out in front of the guests. This primarily requires a special fruit treatment, when the hosts pass literally every fruit through their hand.

The next thing is ethyl alcohol. Of course, no real host uses it or adds it to brandy, just like artificial flavors. It is true that a good part is added by sugar, but we will talk about that in the next blog. Of course, sugar should not be added because you do not make brandy from sugar beet but from fruit. So, the aroma of domestic brandy is special, natural and unique, not uniform and always the same as with industrial brandies.

All this leads to the fact that industrial brandy cannot be compared to REAL DOMESTIC brandy, such as our TZUGA. Every drop of our TRUE HOMEMADE booze contains ONLY FRUIT and NOTHING ELSE.

And don't think that whiskey, which is made from grain, is better than our homemade brandy. It is ordinary ethyl alcohol that owes its aroma to the oak barrels in which it is aged. If there wouldn't be barrels, whiskey would be acetone. The British know that too. They would also make brandy, but they don't grow fruit as we do. There is no more fertile country than Serbia. And so let's use the wealth that our fertile land gives us, and pour it into a glass of the most perfect drink in the world - homemade brandy!